Themed ‘Islam: the religion of peace and understanding’, the Dubai International Peace Convention 2010 is a three-day event and was inaugurated on Thursday by Shaikh Hamdan bin Mohammed bin Rashid Al Maktoum, Crown Prince of Dubai and Chairman of the Executive Council.  Due to work and some other obligations, we couldn’t attend the opening.  However, we went there today to pray Jumma and attend a couple of lectures.

The Jumma prayer today was held at the Dubai Airport Expo Center, and was led by Dr Shaikh Abdul Rahman Al Sudais, Imam and Orator of the Grand Mosque in Makkah.  All the VIPs from across the Gulf arrived, hence the strict security check.  There were police men all over the place.  And the crowd was such that it seemed like people have gathered for Eid prayers.

There was a two-hour lunch break, followed by a series of Islamic lectures in English.

All pictures were taken with a cellphone. 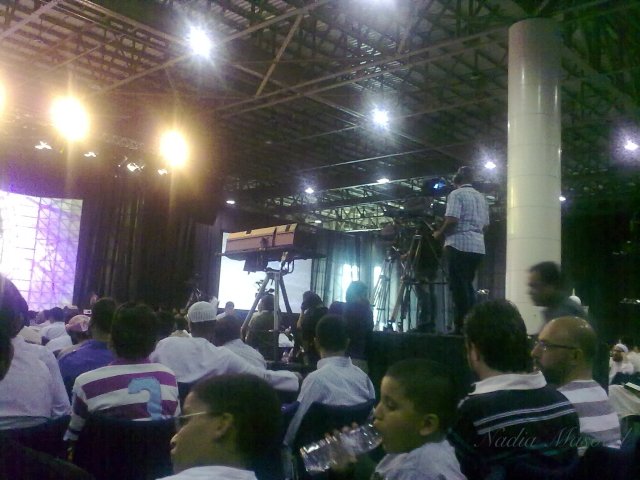 In the picture below, you can see Shaikh Yousuf Estes, the speaker we had been looking forward to see in person and listen to …

He is simply amazing, mashaAllah!  He talked about getting to know the Prophet of peace, may Allah’s peace and blessing be upon him.  Shaikh Yousuf’s words were clear and simple, yet he touched the hearts of everyone present in that large room.

Four people accepted Islam even before he was finished with his talk, subhanAllah!  One of them was a man named, Gabriel.  He was in tears when he proclaimed shahada and was hugged by Shaikh Yousuf … 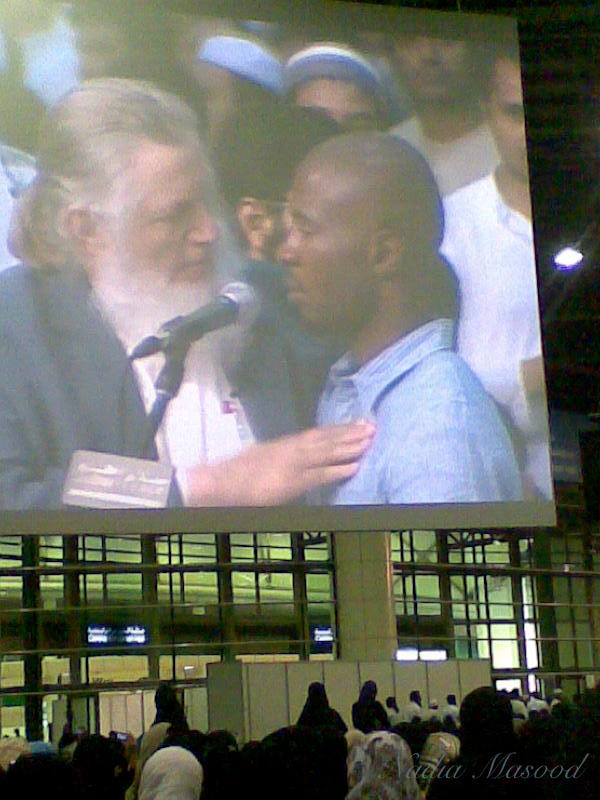 Then three women accepted Islam a while later.  It was a truly emotional moment.  We stayed until after maghrib.

There is still one more day of lectures tomorrow.  Details of the program and their timings here.

This entry was posted in Msc and tagged Dubai, Islam, Muslim, news, UAE. Bookmark the permalink.